American Fighter: George Kosturos Interview found the leading star on the set of his next rom com film.  While he was busy, he found the time to talk to us about his experience and takeaways from American Fighter.  Here is our interview.

Our interview took place during some down time for George as he works on his next film.  Eat your heart out.  It is about a cooking class and will air soon on Netflix.  Because, he was multitasking, we got interrupted and we virtually walked together on set while he was answering my questions.  It was fun talking to George. he was all smiles and happy to share about American Fighter.  Here are some excepts of our conversation:

George hasn’t really done a lot of these sports.  Nevertheless, for American Wrestler, he learned directly from Al Jahani (the movie is about him).  Additionally, the stunt for Deadpool gave him many tips.  All this was ideal because George was able to do every  stunt in the movie.  He mentioned how gracious his stunt double was allowing him to work with him, so that George could get it right.

Making a sequel started out as a joke that got serious.  Slowly the team started evaluating if it made sense for the film to make a sequel.  George is happy to reprise his role and tell more Ali stories.

Facing Challenges as an Immigrant

In the first film, Ali has to fight for himself.  In American Fighter, for the fist time, he has to fight for someone else. As he does, he goes through racism and discrimination. George says that Ali overcomes a lot in this film.

“Even if you are and underdog, and even if the whole world seems to be against you, the will to fight, the will to keep going is inside.  If you can tap into that you can conquer anything.

Getting the sequel right. We really wanted to do a good job with the script.  i think the producers did an amazing job putting this movie together.

Fun fact: George loved Iranian food.  It is very similar to Mediterranean and and Greek food which he knows so well.  (His family is Greek).

Desperate for cash to save his deathly ill mother, college wrestler Ali (George Kosturos, American Wrestler: The Wizard) enters the hidden world of underground fighting. Ali shows promise, but he lacks skills, and gets beaten bloody. Duke (Sean Patrick Flanery, The Boondock Saints), a troubled handler, takes pity on the boy and trains him to be a fierce competitor — but is it enough to make Ali a winner? Based on a true story, this gritty action tale also stars Tommy Flanagan (“Sons of Anarchy”). 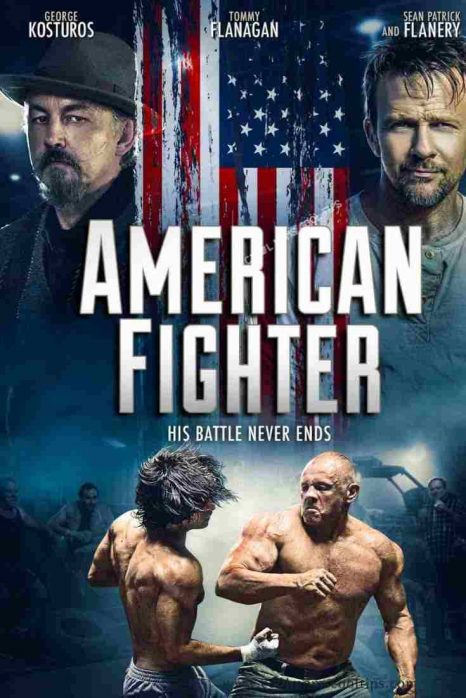 MIAMI, FL - June 17, 2021 – (LATINX NEWSWIRE) - This Sunday, June 20th, CNN en Español will present special programming dedicated to portraying the remarkable lives and stories of Latinos whose names will remain in the hearts of many for generations to come. Starting at 7 PM (ET) the HBO Original Documentary “Siempre, Luis” …
View More